One of the largest engineering projects in the world.
Improving congestion, connectivity and quality of life

Download the Project Factsheet.
The Silvertown tunnel is a new 1.4km twin-bore road tunnel with 0.6km of access ramps, which will run under the Thames and link Silvertown to the Greenwich Peninsula in East London. The new tunnel will reduce chronic congestion at the 122-year old Blackwall tunnel and allow for better public transport links, including cross-river electric bus journeys and will bring regeneration to the derelict area of Silvertown with new walking, cycling and public realm areas close to the tunnel entrances on both sides of the river. Construction of the scheme must follow the Silvertown Tunnel Code of Construction Practice (CoCP) with construction-generated carbon emissions kept to a minimum by transporting all construction materials via the river and all on-site machinery must comply with the Mayor’s Low emission zone standards.

Ayesa was appointed to provide the geotechnical design for the project which includes the shaft, cut and cover, damage assessment, instrumentation and monitoring. The tunnel excavation will use two tunnel excavation methods: TBM (tunnel) and Cut and Cover (tunnel access ramps).  Despite lockdown challenges we collaborated with other project team consultants, enhanced workflow efficiencies and drove collaboration to provide value and innovation for our client.

"Despite lockdown challenges, we enhanced workflow efficiencies and drove collaboration"

Our brief included the design of the following structures: Cut and Cover North, which corresponds to the Silvertown District access ramp (next to the River Thames). Cut and Cover South, which corresponds to the Greenwich District access ramp. We also were the lead designer for several control shafts used for the tunnel excavation: Rotation Shaft, a Greenwich shaft that connects the Silvertown Tunnel and the Cut and Cover South, Launch Shaft (also known as Peanut Shaft), a Silvertown district’s shaft, Retrieval Shaft, a Silvertown district’s shaft that connects the Launch Shaft with the Cut and Cover North.

Cut and Cover South: The team is designing the cut and cover tunnel, between its portal on the Greenwich peninsula (the South Portal) and the tunnel-boring machine launch chamber located on the Greenwich peninsula, which will comprise either a cellular tunnel or two tunnels, one for northbound traffic and one for southbound traffic with two-lane carriageways in each direction. It also includes the south portal and cross-passages connecting the two tunnels.

Cut and Cover North: The design of a section of cut and cover tunnel between its portal in Silvertown (the North Portal) and the tunnel-boring machine launch chamber located in Silvertown, which includes either a single cellular tunnel or two tunnels, one for northbound traffic and one for southbound traffic with two-lane carriageways in each direction.

Constructed Using The largest TBM ever used in the UK

Construction:
In 2022, one tunnel boring machine (TBM), with a diameter of approximately 12m, will be used to bore both tunnels through the geology of alluvium, London clay and Lambeth. It will launch in Silvertown to bore the first tunnel, rotate in North Greenwich and then return to Silvertown to bore the second tunnel. The project also comprises 600m of access ramps, maintenance buildings and sections of the road above the ground including a highway bridge and a footbridge for pedestrians.  Compared to the TBMs used on the Crossrail project (7.1 m), the Northern line extension (6.03 m) and the Thames Tideway project (8.85 m), the tunnelling machine is the largest to be used in the UK measuring 82 metres in length and weighing 1800 tonnes. The shield itself is 95 times the weight of a double-decker bus. The Silvertown Tunnel TBM will set off from the Silvertown launch chamber, for which the piling is now completed and is currently being excavated, and will then be rotated and relaunched from the Greenwich Peninsula, to excavate the second tunnel, completing a total drive of 2,244 m. The ability to turn the TBM around is an important feature of its bespoke design which also incorporates the need for it to navigate its way through the stiff clay layers and boulders in this part of London. It will excavate nearly 600,000 tonnes of material to form the tunnel. In total around 600,000m3 and 100% of the suitable excavated material will be transported by river, minimising the impact of construction traffic on neighbouring communities and routes.

Currently, an estimated one million hours are wasted each year queuing for the Blackwall tunnel. For those people directly affected this has an economic cost of £10 million every year. When it opens in 2025 the Silvertown Tunnel will effectively eliminate delays and queues at the Blackwall Tunnel, with journey times up to 20 minutes faster, reduce the environmental impact of traffic congestion on some of London's most polluted roads, allow the public to cross the river on a network of zero-emission offering better access to more destinations. This is the UK’s first road tunnel to have dedicated bus lanes, and from the first day, passengers will be able to cross the river with 37 buses per hour during peak periods. A vast regeneration will take place in Silvertown, which consists of derelict buildings. The ambitious plans for the 62-acre site centre around the restoration of the 1930s Millennium Mills, a bridge across Royal Victoria Dock to connect Silvertown Quays with the Crossrail station at Custom House, and a new Roundhouse East which will serve as a music and education event space. 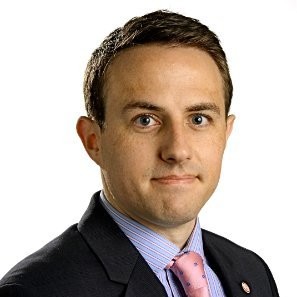