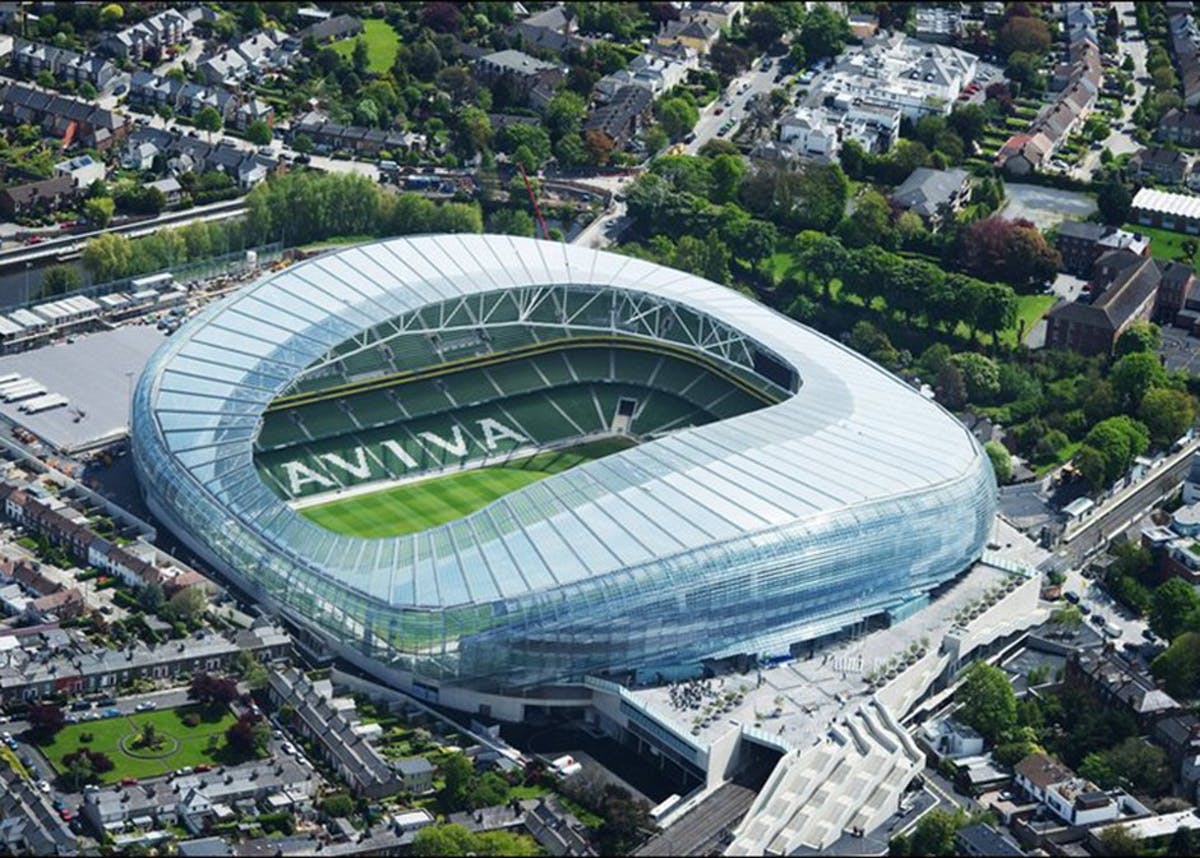 The 50,000 seater Aviva Stadium, on the site of the former Lansdown Road, opened in April 2012 as the new home of Irish rugby. A unique feature of the old stadium was the commuter rail line which ran under the West Stand and presented a significant challenge for safe demolition and the construction of the new stand. This €365m project was awarded in three separate contracts: Enabling Works, Foundations and Stadium Construction and ByrneLooby provided services in each contract.

We prepared the Track Safety Management Strategy which detailed how the West Stand would be demolished without endangering human life or rail assets and we successfully achieved Irish Rail approval for our methodology. We designed the piled foundations for the stadium along with the permanent tension anchors which stabilise the main roof towers. We also provided temporary works designs including a system to support the roof until the main structural elements were in place. 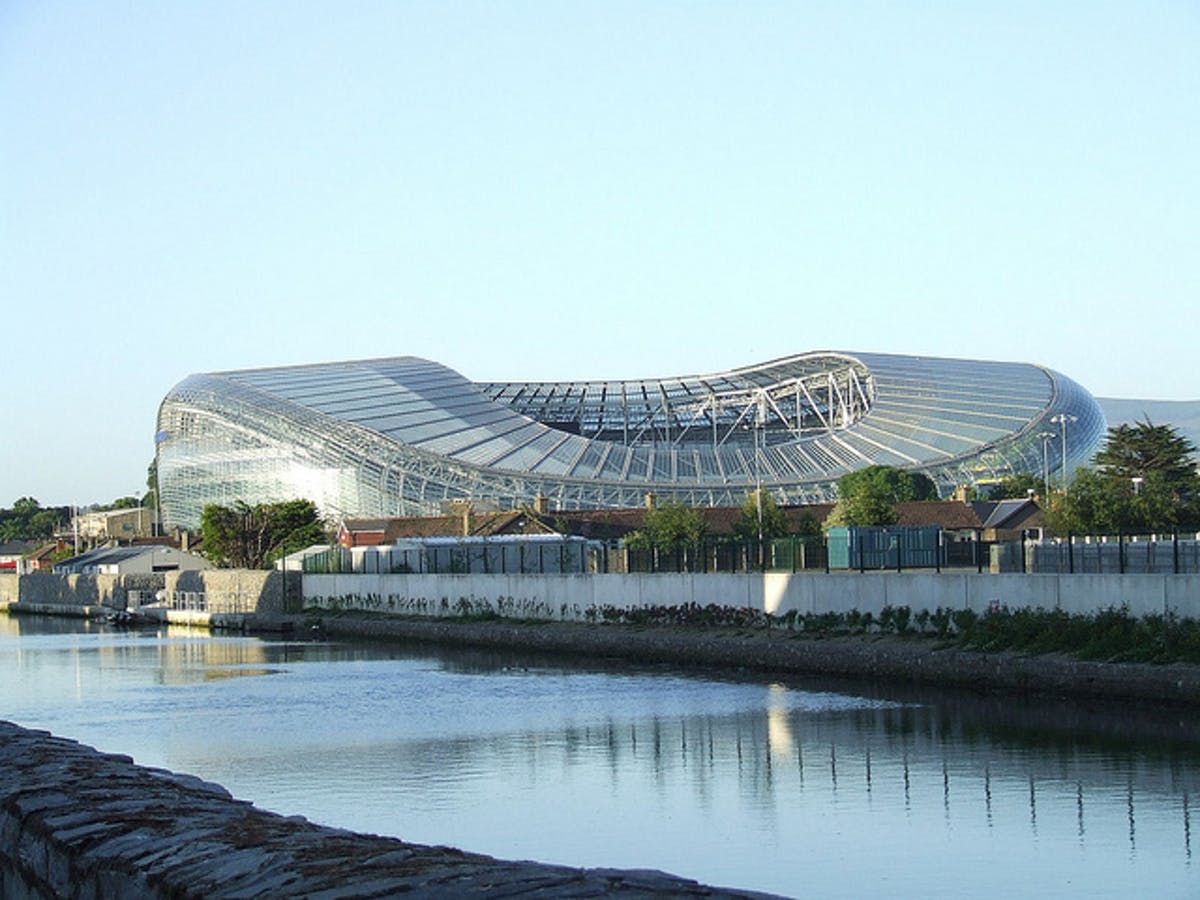