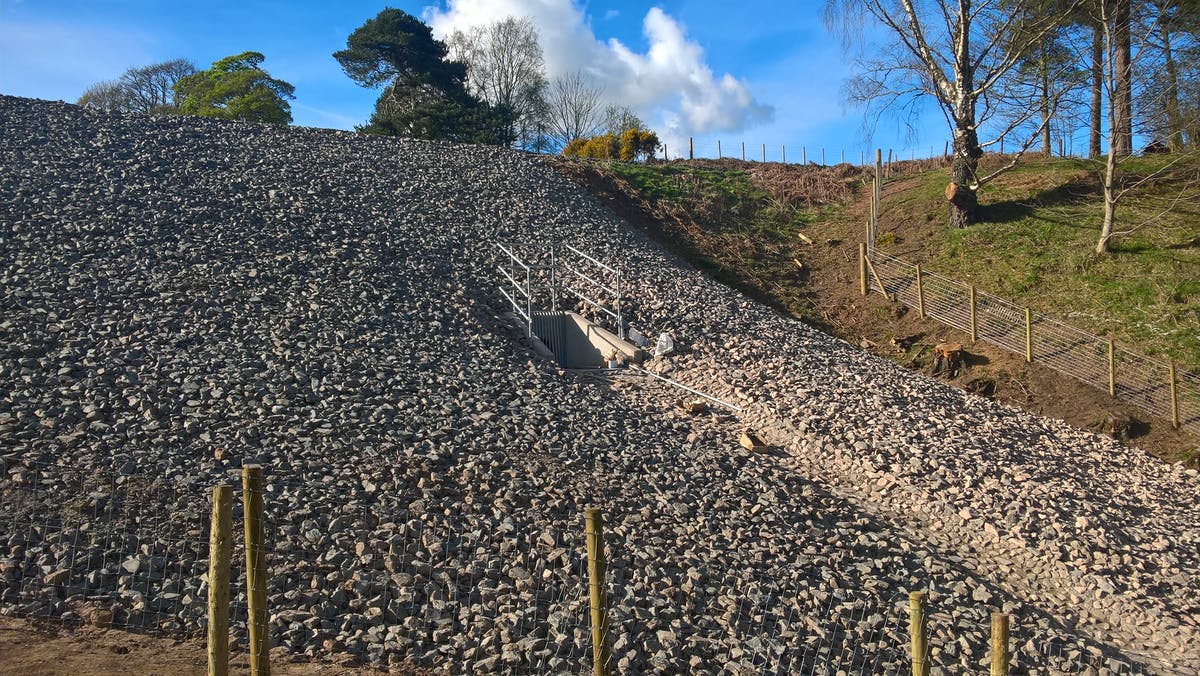 A section of the Settle to Carlisle Line rail line, south west of the village of Armathwaite in Cumbria, failed following heavy rainfall associated with Storm Desmond in December 2015. The storm caused the failure of a wing wall and abutment of a structure, subsequently removing support to the rail embankment and causing an earthwork slip. Network Rail appointed Murphy to undertake emergency works to allow the rail line to become fully operational.

Murphy appointed ByrneLooby to investigate the damage that occurred and to develop solutions to reinstate the rail structure and embankment. The permanent repair measures comprised infilling of the underpass with foam concrete and a major slope regrade. Due to land boundary constraints, significant temporary works in the form of a propped double king post wall were required until additional land becomes available to complete the works. 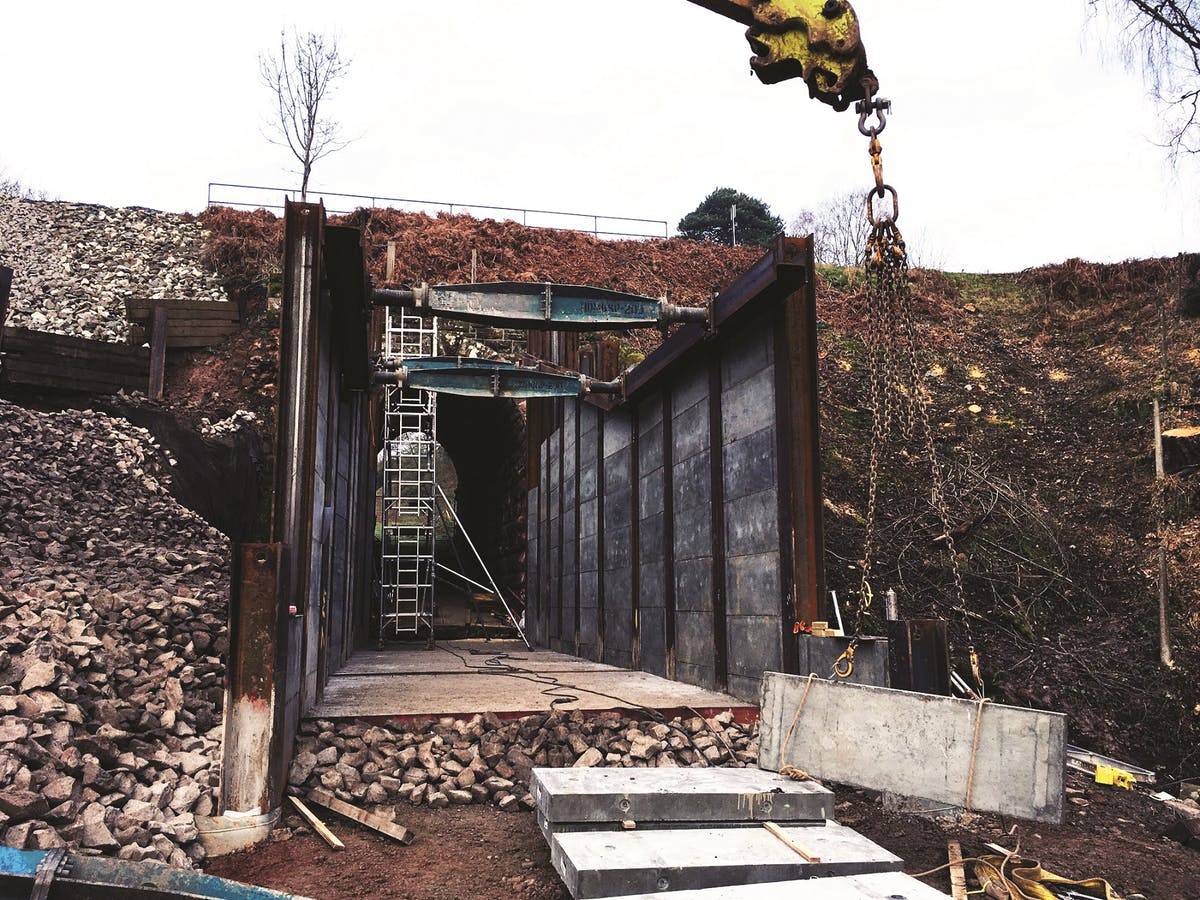