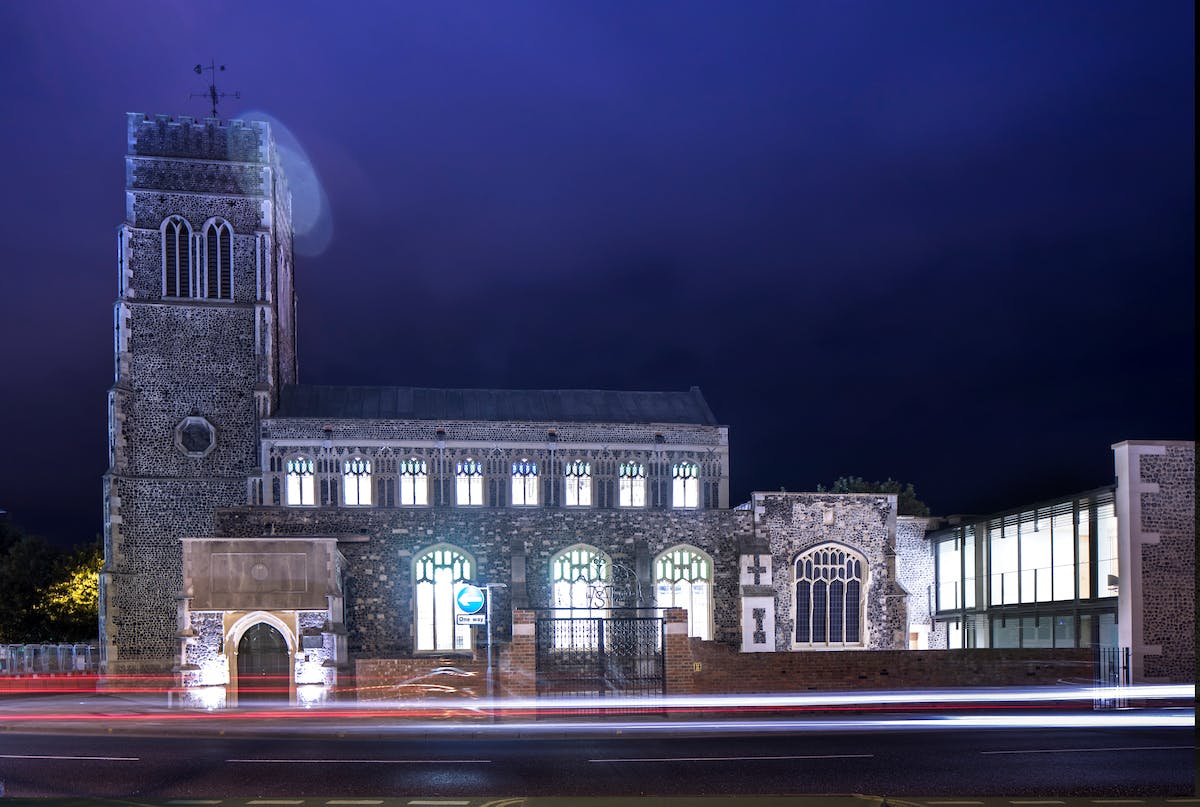 St. Mary’s at Quay church is a Grade II* listed building in Ipswich which was built on marshland and left redundant for over 100 years. During this time, the church suffered significant movement and in 1960, massive concrete buttresses were installed to prop the south wall of the nave which had developed significant outward distortion. The project won the 'Civic Trust AABC Conservation Award' in 2018, for a project that demonstrates the highest standards of historic building conservation and makes an outstanding contribution to the quality and appearance of the built environment.

Our ByrneLooby team of conservation experts in London were appointed by 'The Churches Conservation Trust' for the renewal and repair works. Phase one involved repairs to the existing but seriously decayed splendid hammer-beam roof and flint faced rubble stone walls. Phase two included sympathetic structural works allowing the removal of the unsightly concrete buttresses and the insertion of a steel-framed mezzanine to facilitate its new use by a local charity called Suffolk Mind.