St George’s Church, one of six new London churches is a Grade I listed building in Bloomsbury. It is not only considered by many to be the masterpiece of Baroque Architecture but also. Nicholas Hawksmoor’s last great project. The church was built between 1716 and 1731, but has been much altered over the years. Laid out on the traditional east-west axis, on a very congested site to a novel and complex floor plan, the orientation was changed to north-south as early as 1780.

The condition of St George's Church deteriorated over the years and ByrneLooby London was appointed the conservation project. The works included repairing the stonework inside and out, returning the undercroft to full use and reordering the church to east-west. The roof was fully repaired and recovered. ByrneLooby London completely re-organised the building services to incorporate a plant room in an available but otherwise unused space in the tower. This project has won numerous awards for architecture, conservation and craftsmanship. 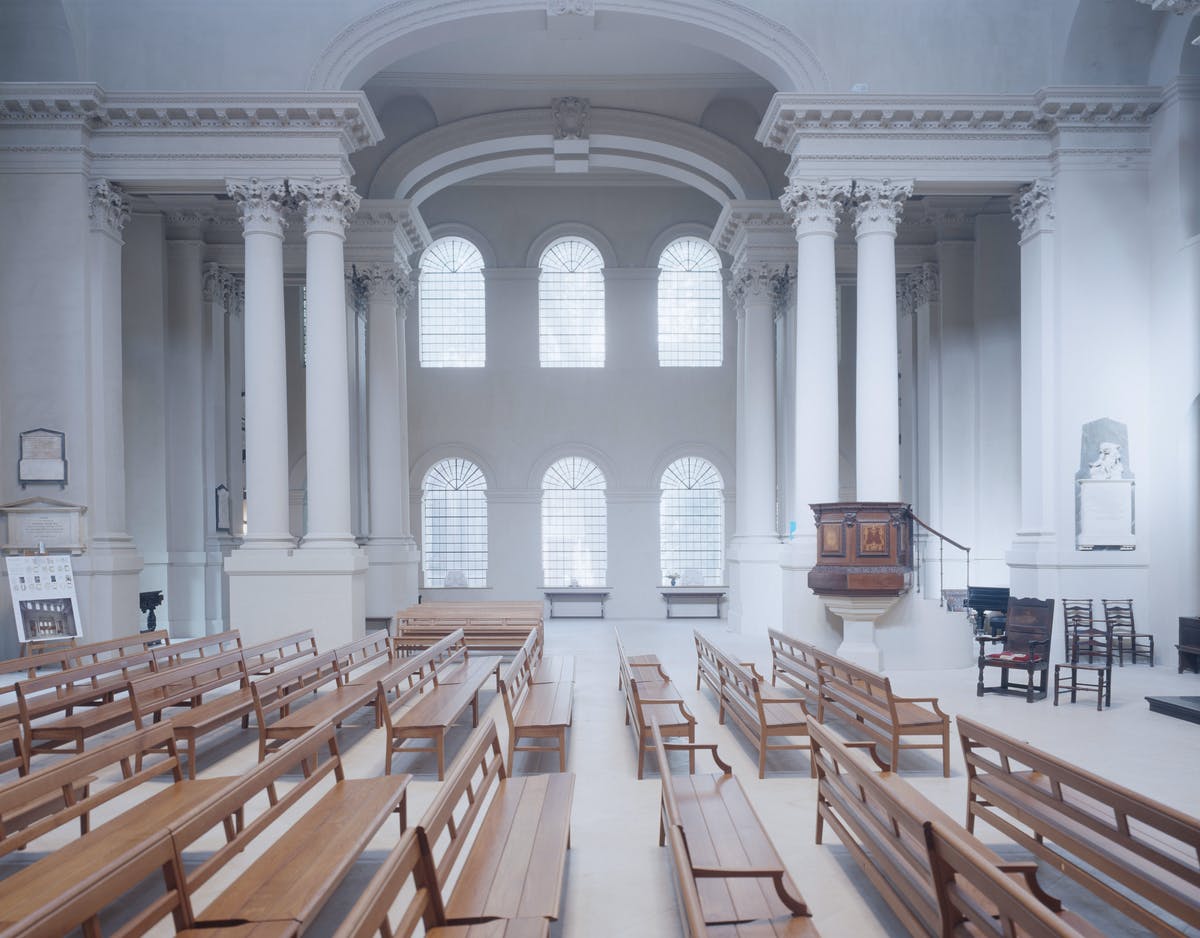