Good Luck Hope is located on the north bank of the River Thames in the east end of London, opposite the O2 Arena within the borough of Tower Hamlets on the Leamouth Peninsular. A five to six-metre deep basement was proposed beneath the residential buildings, formed using sheet piles adjacent to an existing sheet piled river wall. An existing six-storey building is about 10m away from the basement.
The ground conditions comprise Made Ground, Alluvium, Kempton Park Gravels and London Clay, with a significant scour hollow identified in the London Clay. The depth of the scour hollow was initially unknown.

ByrneLooby have carried out a number of different tasks on this development for various clients, including ground movement and seepage assessments and a review of the design of the piling platform. ByrneLooby specified additional ground investigation to identify the depth of the scour feature along the line of the basement wall.
The ground movement assessment was carried out to assess the potential damage to the existing building. Three lines of sheet piles were assessed (the existing river wall and the two basement walls) to determine the extent of the sway movements.
A seepage analysis was carried out to assess the potential leakage into the basement excavation through the scour hollow in the event that the sheet piles did not cut off down to the London Clay layer.
A lime-cement piling platform was designed by others, which proved to be inadequate. ByrneLooby reviewed the design and proposed remedial works. 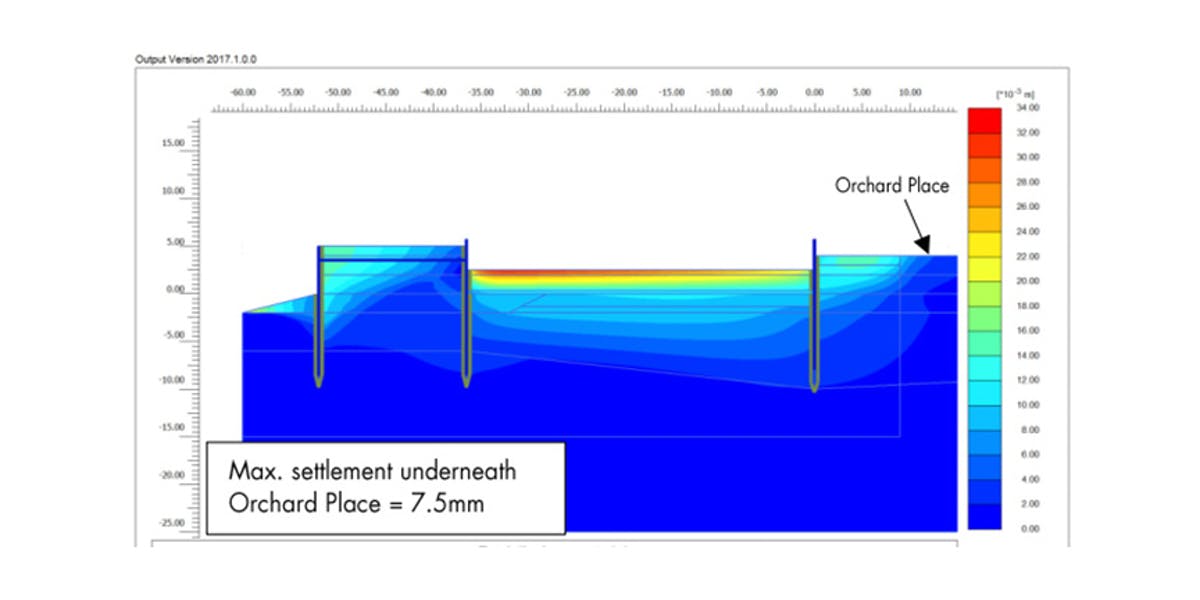