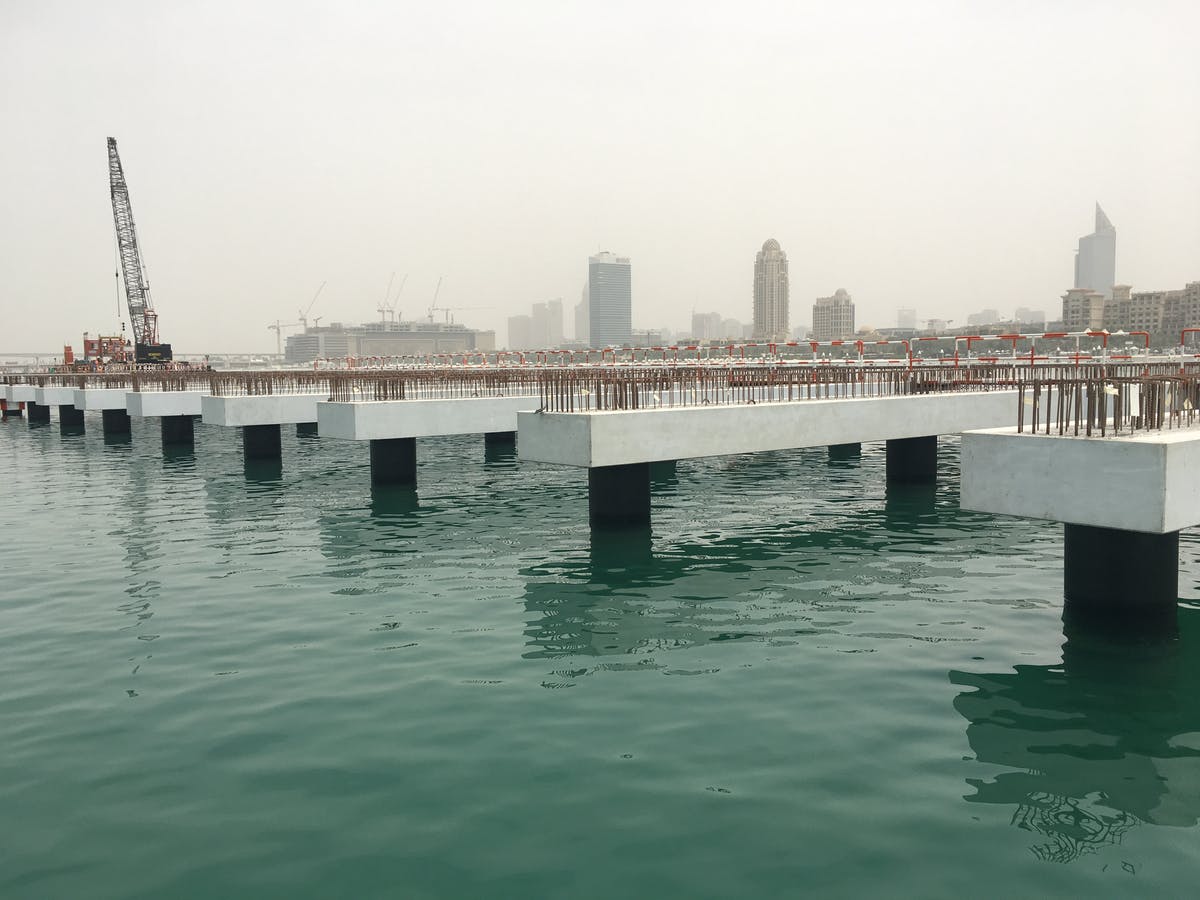 The Dubai Harbour project is a major new waterfront development featuring the Middle East’s largest marina capable of handling 1,400 vessels and approximates 20 million square feet. The development will include a signature building called The Dubai Lighthouse: a 135-metre-high commercial tower, 64 floors, a luxury hotel and a 360 degree observation deck. It will also feature a 150,000 sq ft cruise liner terminal capable of handling 6,000 passengers. Construction contractor AST and marine contractor Van Ord have been appointed to deliver the contract.

ByrneLooby was appointed to undertake the design of the driven piles, an alternative pier deck bored pile design and reclamation design with soil improvement review. ByrneLooby was also responsible for the site inspection while the construction works were on-going.

ByrneLooby worked closely with AST and Van Oord to deliver a challenging solution which combined geotechnical and structural engineering on this interesting marine project. A pile driving analysis was carried out to determine and optimise the pile lengths, providing significant value to the client. A key part of the deck construction was the design of the marine temporary works including driving frames and temporary deck supports. 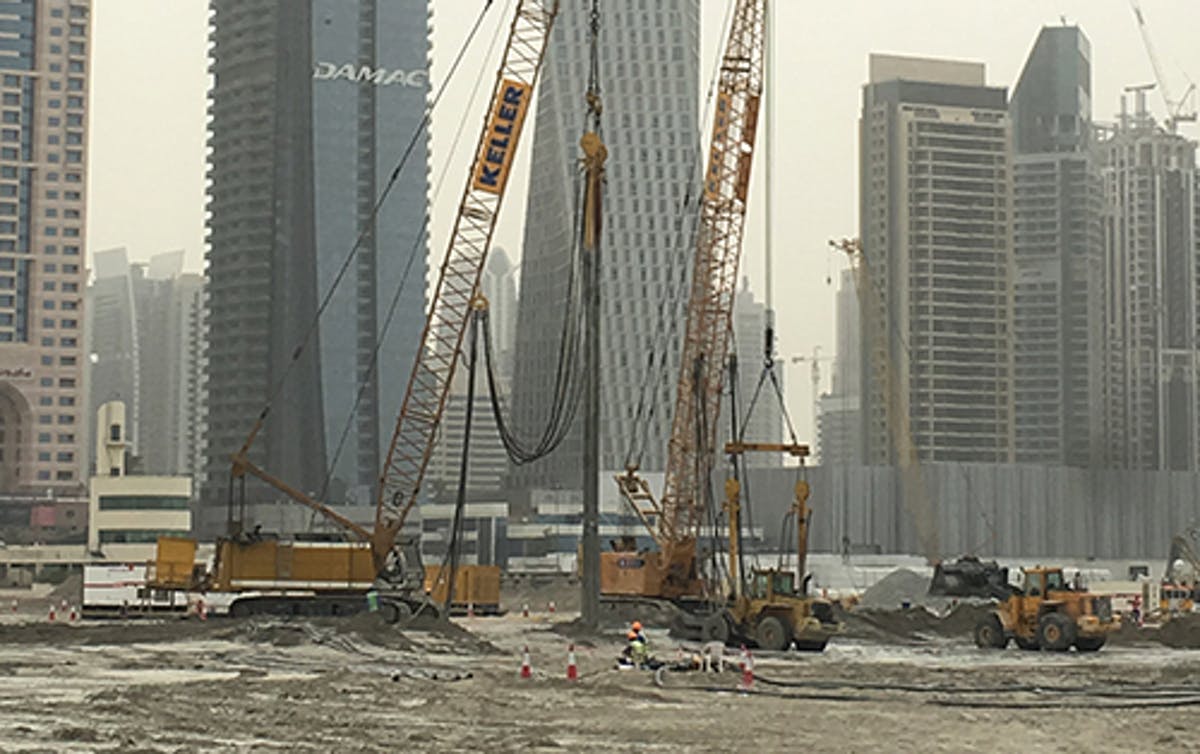