Urban sprawl presents significant infrastructural problems for local authorities, particularly in Dublin’s capital, which has doubled to 1.3 million people since 1950. The existing wastewater network in Tolka valley, built in the 1970s, which served the areas of Blanchardstown, Mulhuddart and Castleknock, and commuter towns in County Meath, was now treating wastewater beyond its intended capacity. The overuse of the network had resulted in untreated wastewater from the wastewater network overflowing into the River Tolka.  As a result, the water utility, Irish Water, allocated approximately €88 million to upgrade the existing sewer network and replace it with a new scheme called the Blanchardstown Regional Development Scheme. The scheme is located at the busy M50 motorway at Tolka Valley Park, a sensitive habitat, a recreational park and an amenity frequently used by the public.

Irish Water appointed Byrnelooby, an Ayesa Company as the consulting engineer and lead designer for the Blanchardstown Regional Drainage Scheme project, one of the most significant capital investment projects undertaken by the Irish utility. Our team designed and developed the new above-ground Tolka Valley Park pumping station, which resembles a Pavilion to compliment the Sylvan surroundings, and the underground stormwater management facility with a capacity of approximately 30,000m³ to manage potential floods and stormwater. The size and functionality of the tank ensure that the network is resilient and efficient, with its specialist flow control regimes that enable the network to attenuate stormwater flows, thus minimising their impact on the drainage system.  The below-ground pumping station is controlled above ground at the Tolka Park Control room, and it contains remote monitoring of levels along the entire network which is crucial in detecting of leaks or any problems/deterioration of the scheme. Our team also supervised and advised on the required diversions of local water, wastewater and utility infrastructure so construction could commence.

To minimise disturbance to the area during work, ByrneLooby advised the contractor (Ward & Burke) to use trenchless tunnelling rather than open-cut techniques to deliver the construction of the 3.2km long pipeline. A rapidly growing practice, trenchless tunnelling is advantageous for replacing, rehabilitating, or installing new underground Infrastructure with minimal impact on the environment and ecosystems and above-ground structures such as roads, buildings, utilities, and the public. It also removes the need for personnel to enter the tunnel during construction which reduces health & safety risk exposures.

Innovation & Value:
ByrneLooby managed the project on behalf of the client Irish Water, helping to expedite planning permission, formulating the contract documents, leading the procurement of the design and build contract, evaluating tenders, and supervising the construction and commissioning on site. Our engineers developed a full reference design during the procurement stage, including hydraulic civil, structural and MEICA designs, significantly reducing costs over the project's lifetime. Due to the sensitive location, our in-house environmental team prepared the Environmental Impact Statement to demonstrate that the project would not adversely impact the environment/park. Planning permission was granted in August 2017. In July 2019, construction works began in Waterville Park, and the stormwater management facility is complete. The tunnelling methods have successfully minimised the impact along the Tolka River Valley, habitat loss and disturbance. All the working areas along the 3.2km pipe route within Tolka Valley Park are operational, while Waterville Park works should be completed in early 2023.

The following are scheme elements which we have helped deliver:
• The construction of approximately 3.2km of pipeline,
• The underground stormwater management facility, with a capacity of approximately 30,000m³ to manage potential floods and stormwater.
• A below-ground pumping station with an above-ground control room (Tolka Valley Park Pumping Station) with remote monitoring of levels along the network.
• A control building to house all electrical switchgear, control equipment, an odour control unit, a generator room and an ESB sub-station.
• Local water, wastewater and utility infrastructure diversions to facilitate construction of the stormwater management facility and Tolka Valley Pumping Station.
• The brief instructed that all working areas will be returned to their previous condition once works in that area have been completed.

Sustainability and benefits
The Blanchardstown Regional Drainage Scheme involves a strategic sewer duplication that will reduce river spills and increase sewerage capacity in West Dublin. The benefits of the new scheme will increase the wastewater network's capacity and support existing/future residential and commercial development, thus helping the long-term social and economic development of the greater Blanchardstown region and surrounding areas. From an ecosystem point of view, it will also reduce the frequency and volume of untreated wastewater overflows to the River Tolka and protect habitats and ecosystems in the River and Dublin Bay. The new scheme will also ensure compliance with the EU Urban Wastewater Treatment Directive. 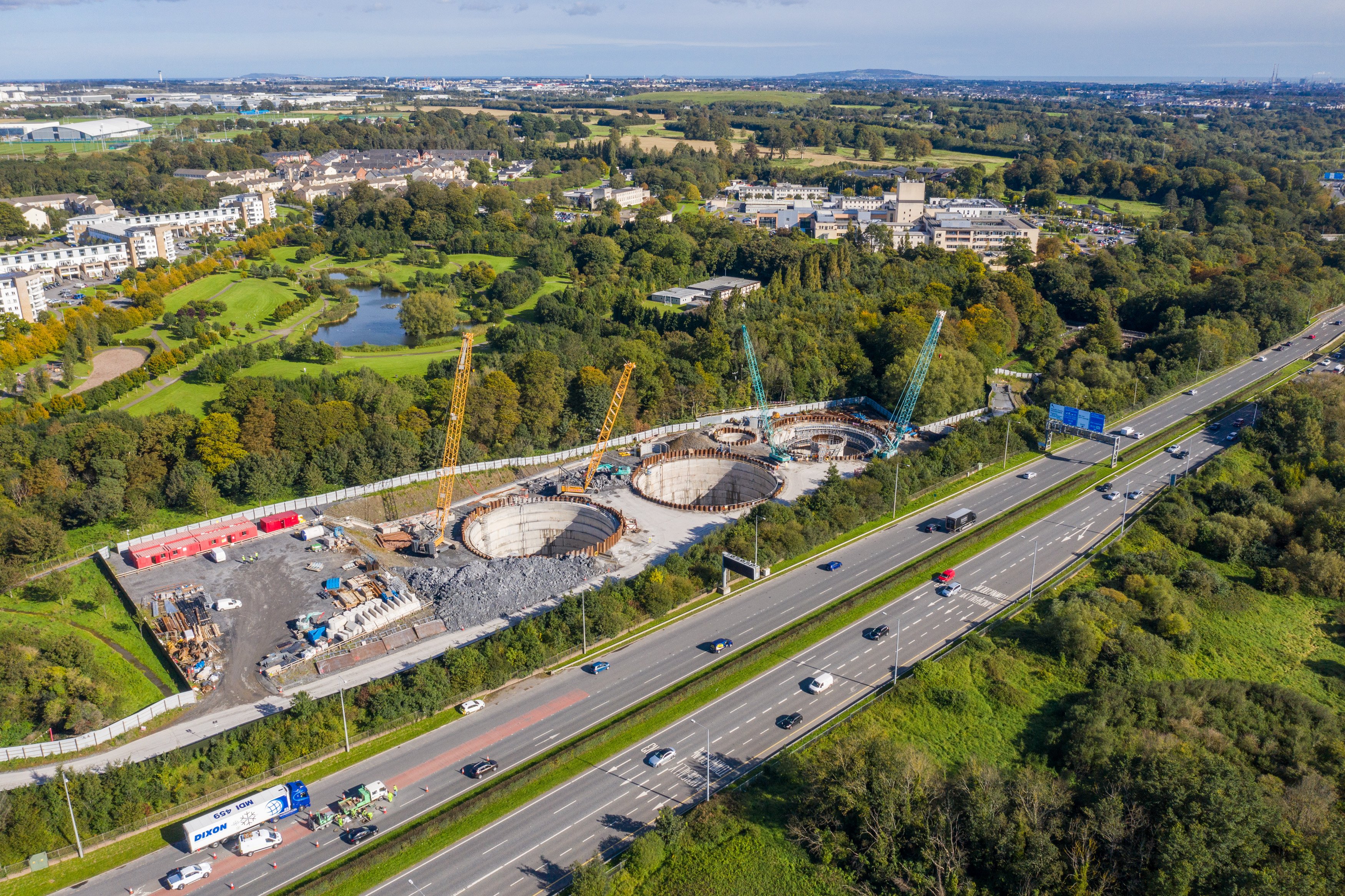 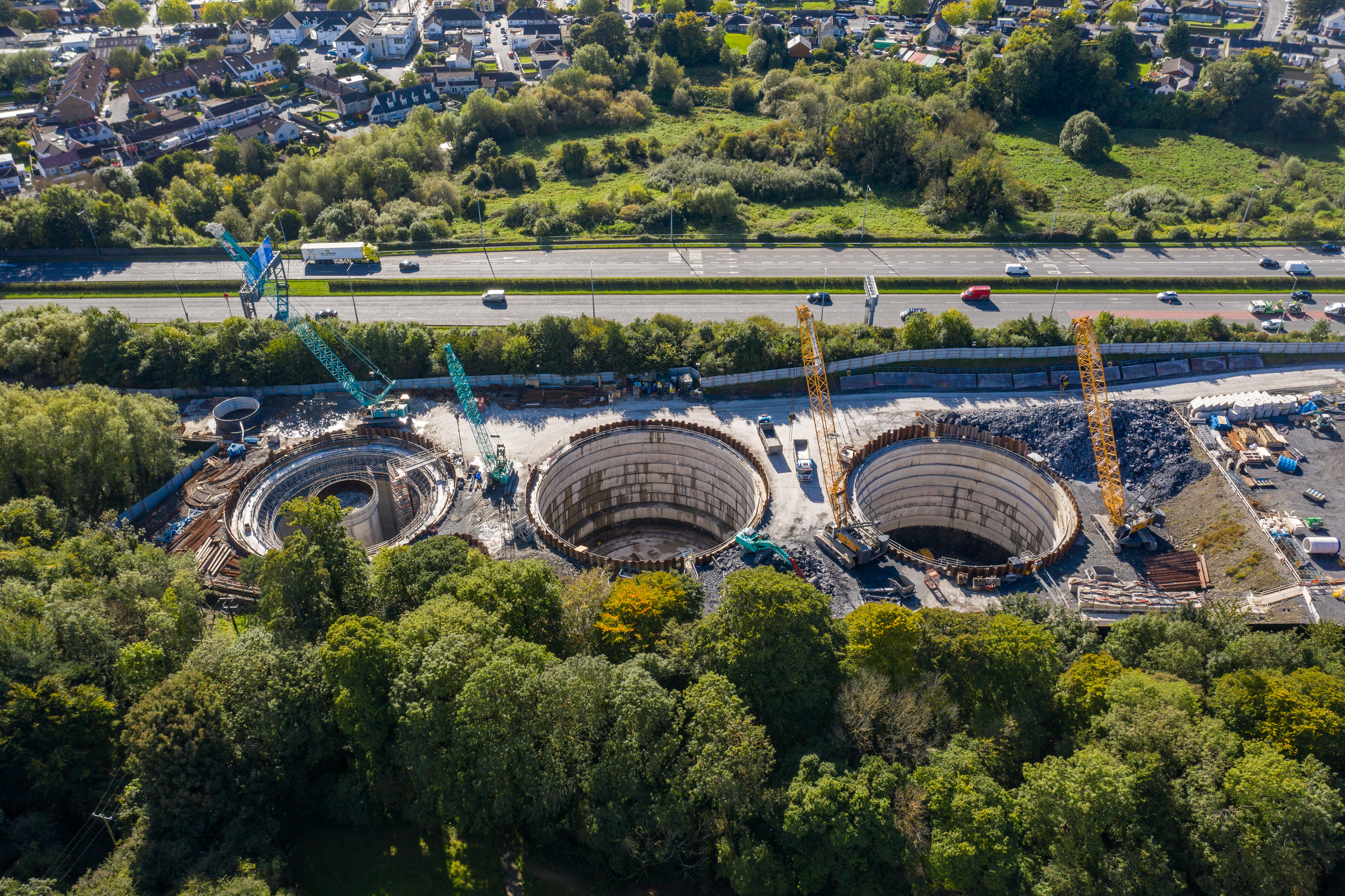 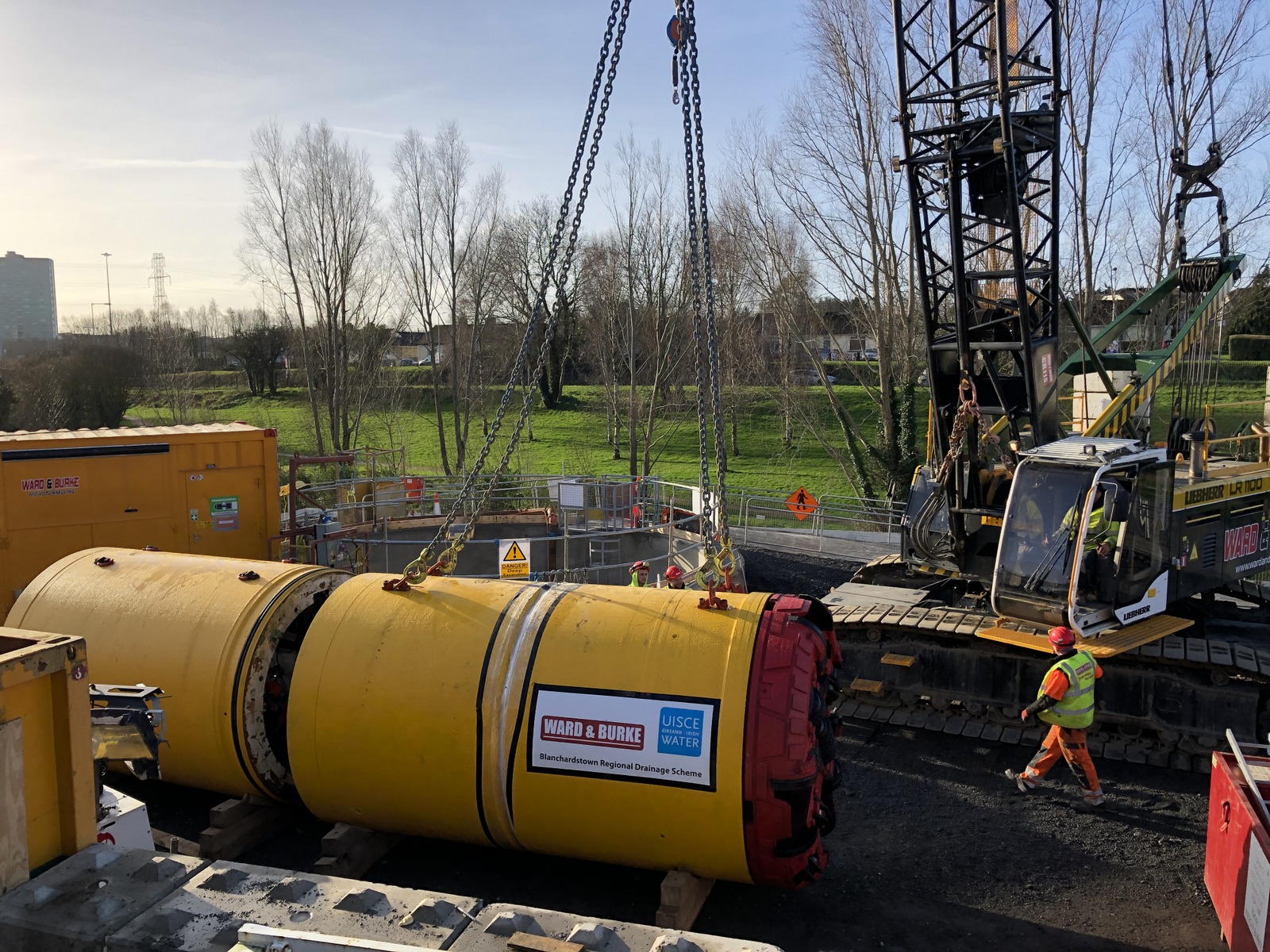