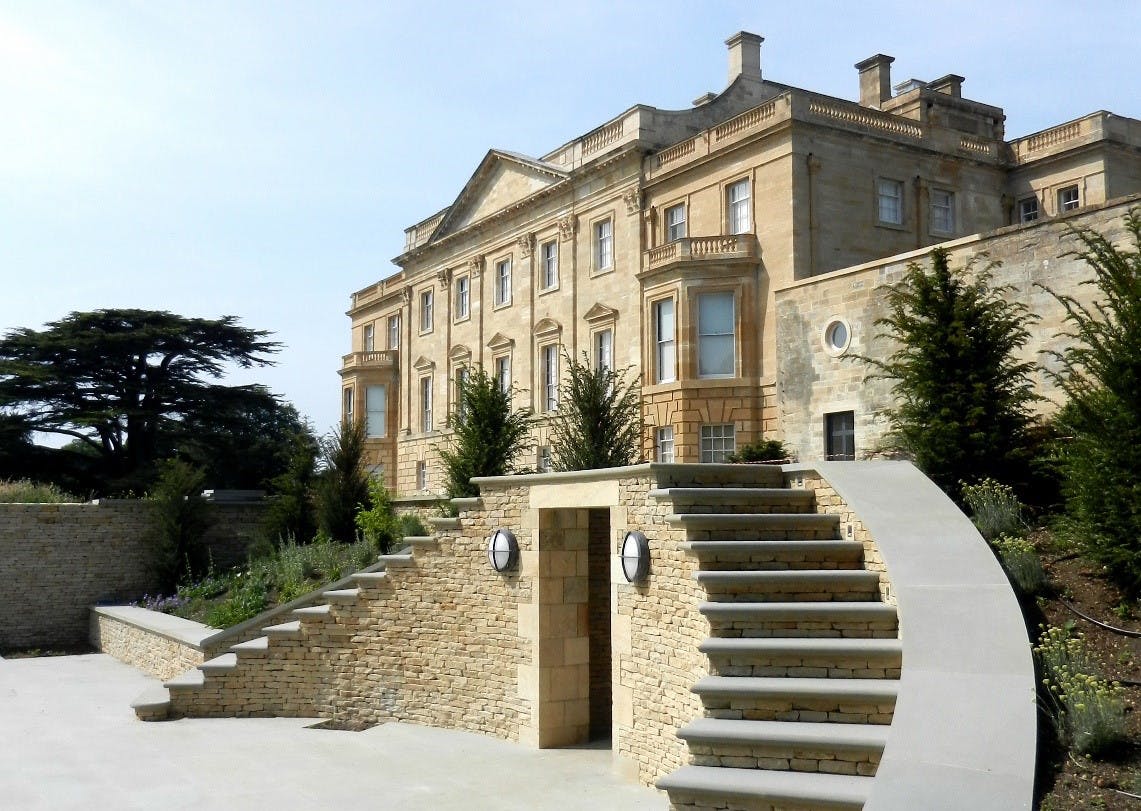 Barrington Park, a Grade I Listed building, was built for Lord Chancellor Talbot in 1734 to replace an earlier Jacobean house on the same site. The building had deteriorated significantly, and a temporary roof and extensive scaffolding was erected, particularly to protect the extensive ornate plaster. Planning and listed building permission was granted to demolish all the later extensions and to completely re-order the interior, close to the original Georgian layout, but this was later abandoned in favour of repairing and reusing the 1875 extensions.

ByrneLooby in London advised on all structural work, from demolitions and alterations through to the detailed structural repairs to the complex roofs including detailed new floor framings, stairs, lift and service ducts. A new fully accessible reinforced concrete service culvert was constructed along the north elevation, with a boiler room and extensive fuel stove concealed behind the existing walls of the court yard. We also advised on outbuildings and historic features in the surrounding park.