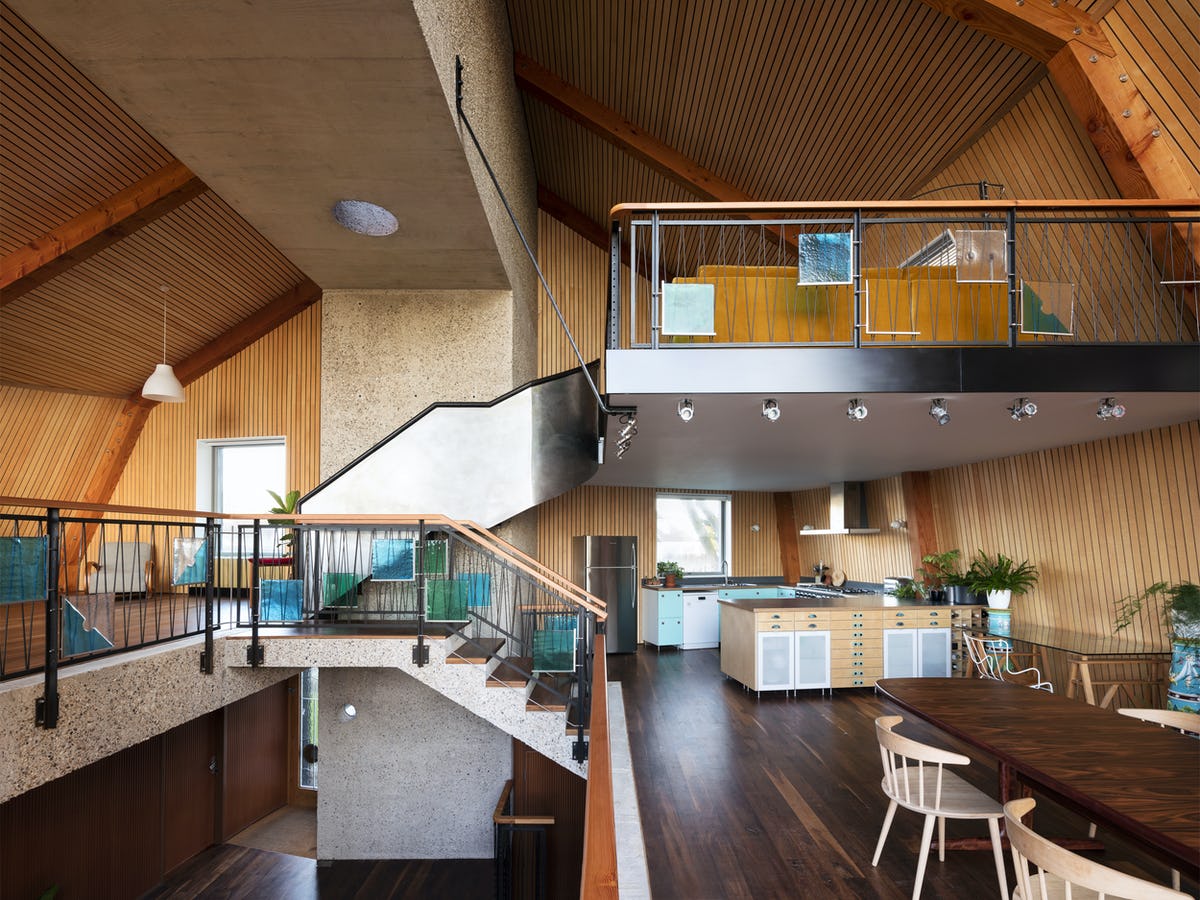 The Houseboat beat five shortlisted schemes to the £5000 award at the RIBA Stirling Prize party held at the Roundhouse in Camden on the 31st October. ByrneLooby in London, were appointed as Consulting Structural Engineers on this complex project, a nautically themed guesthouse design as two upturned boat hulls leaning on a concrete frame whilst facing out to sea. The Stephen Lawrence Prize recognises the UK’s best projects built for less than £1 million. We attended the evening with the project team; Mole Architects and Rebecca Granger Architects as well as Roger Zogolovitch, client and founder of Solidspace. Jenny Coe Landscape Architects, Orbell Associates QS, contractors Task, The Timber Frame Company, Tekne and Haroys Joinery are also part of the team. Judges described the award as a ‘great expression’ of ’inspired concepts, experimentation and finely tuned craftsmanship’, adding: ’The true joy of this house is one that can only be experienced’.

Founded in 1998, the annual prize was set up in memory of Stephen Lawrence, who had intended to become an architect before he was murdered in a racially motivated attack in 1993. Funded again by the Marco Goldschmied Foundation, the prize was open to buildings completed between November 2014 and February 2017.

We are also proud that Tiziana Meciani, our Associate Director – Conservation, worked on Hastings Pier which scooped the most prestigious award in British architecture on the same evening: the RIBA Stirling Prize. From 2007 to 2013, Tiziana advised on conservation of the historic fabric and design of the new structures for this Eugenius Birch’s Grade II Listed Victorian pier.

RIBA President Ben Derbyshire, who chaired the RIBA Stirling Prize jury, said that “Hastings Pier is a masterpiece in regeneration and inspiration. The architects and local community have transformed a neglected wreck into a stunning, flexible new pier to delight and inspire visitors and local people alike.”