We celebrated 'International Women In Engineering Day' ( #INWED2019 ), today across all ByrneLooby offices. Our ByrneLooby female engineers and CAD technicians, all participated by wearing the branded #INWED2019 T-shirts to mark the event and sent us photos from our offices in Dublin, Cork, Belfast, Guildford, London, Dubai and Bahrain.

At ByrneLooby, we are constantly striving to build a diverse and inclusive workforce. We are very proud to have many inspiring female engineers as part of our teams in Ireland, the UK and in our offices in the Middle East that are constantly driving ByrneLooby forward.

GET TO KNOW OUR BYRNELOOBY FEMALE ENGINEERS Here are their stories.... 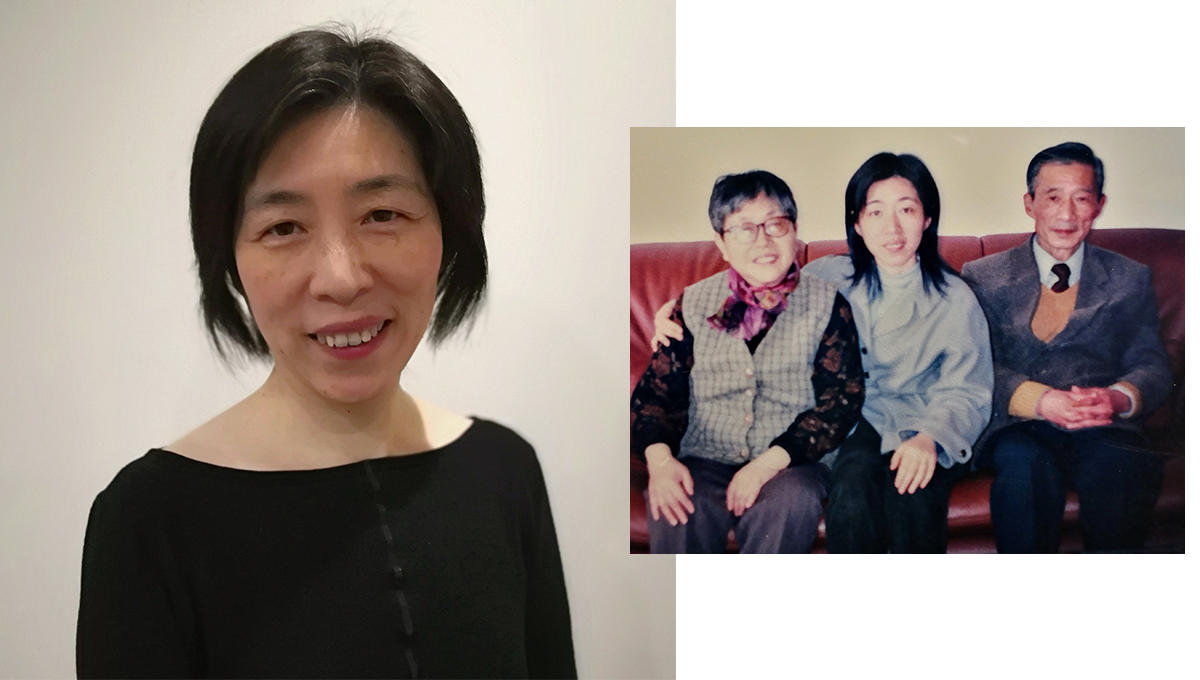 Growing up in China, girls were encouraged to pursue STEM subjects. In high school, we were divided into two groups based on what we wanted to study at university, with one group focussing more on the sciences and the other more on humanities. However, the general impression, which is silly looking back now but was indeed the case at the time, was that the more able students would opt to be on the former pathway as STEM degrees were considered to be both more difficult and more beneficial to the country. Therefore, younger me was more than happy to be in that group. Upon entering university, I knew I wanted to study engineering, but I couldn’t choose between electrical engineering and civil engineering. It was then that my mum told me that her father had been a civil engineer who had worked on some of the earliest railway projects in China. All of a sudden, I felt a connection to civil engineering and chose to study it for the next four years.

Several memories of being a female engineer have remained with me throughout the years. A particularly funny one is of an encounter I had with a contractor on site. We had exchanged quite a few emails before he asked me to visit the site. When I arrived, I introduced myself to him: ‘I’m Min’, to which he replied ‘No, you are not!’ All along, he had assumed that I was a man, partly due to my gender-neutral name but also due to his perception that an engineer must be male. We both laughed our heads off. It was simultaneously funny and sad to be told you are not you because of your gender. Hopefully this will improve over time, not only in the engineering sector but also in other aspects of life.

I have also attached a photo of me with my parents, whose unwavering love, support and encouragement made me who I am today. This photo was taken just before I moved to England. 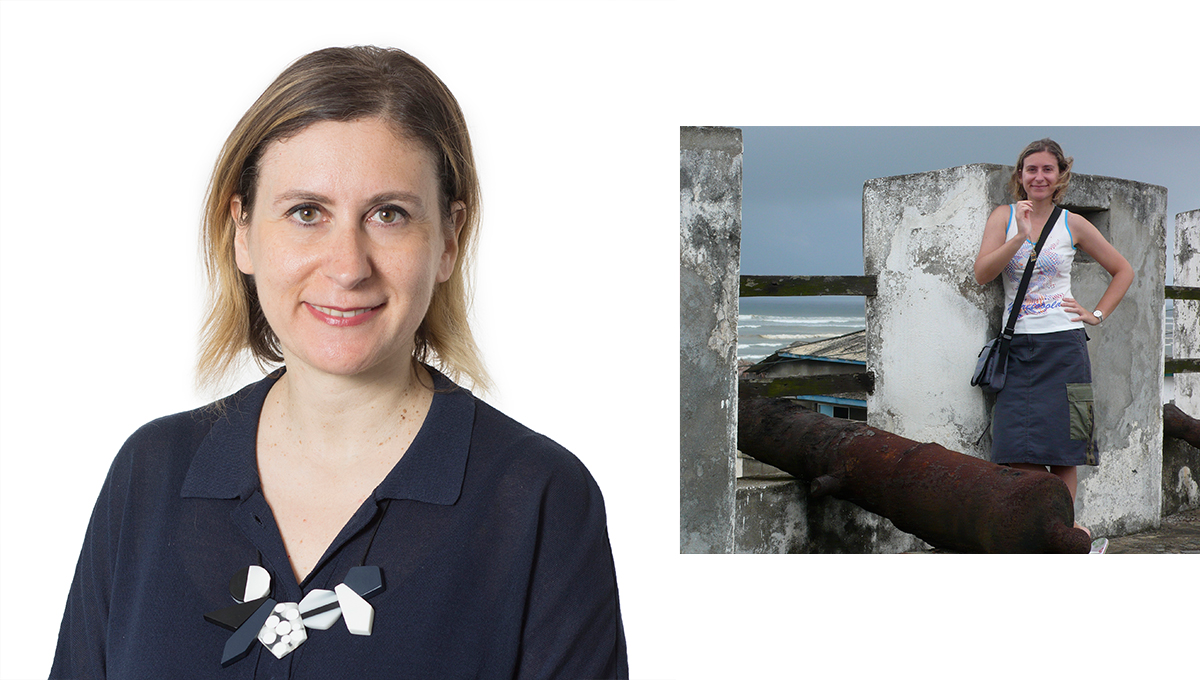 When it came to decide what to study at university, I looked for something challenging but creative where I would have been able to see things built out of my designs. Studying Structural Engineering with Architecture at Pisa University seemed the perfect fit. After graduation I decided to focus on conservation of historic buildings as I enjoyed the challenge of bringing them back to life and the investigative work to peel through their physical history. A PhD in Conservation gave my work the necessary theoretical background and I especially cherished the opportunity to travel to West Africa to study European military architecture for my dissertation. Later, seeing one of the British trade forts in Ghana that I worked on during my PhD restored and brought back to community use was surely one of the highlights of my career. 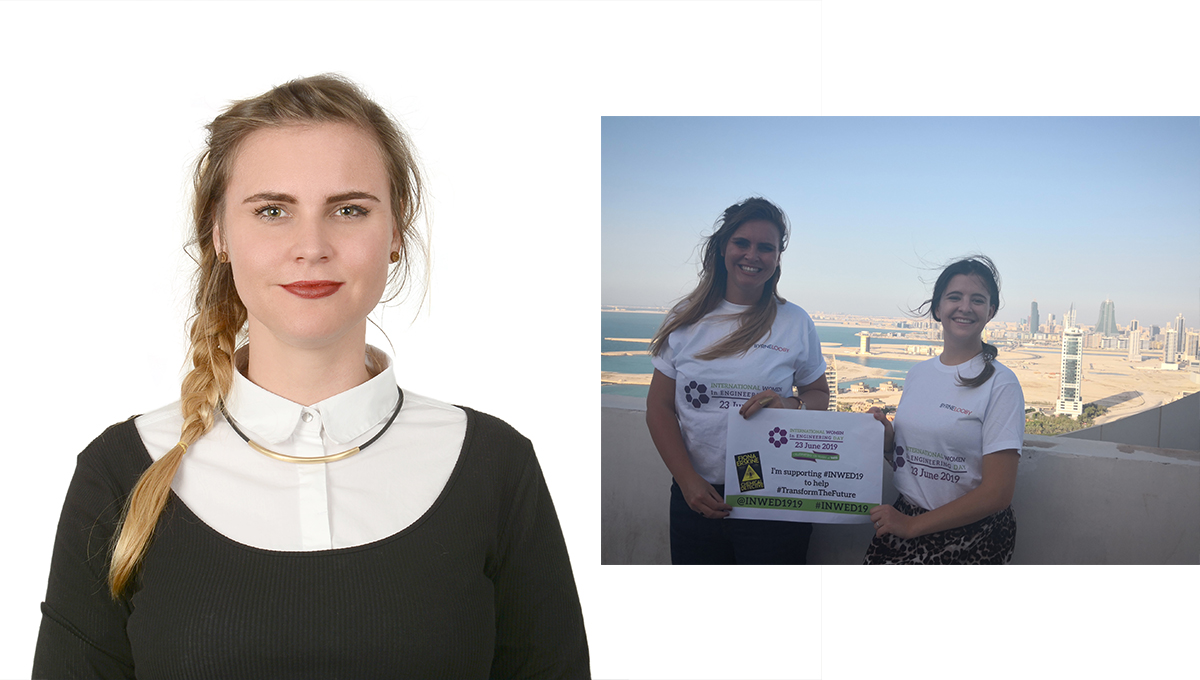 I come from a small coastal town in Namibia. Growing up, I excelled at mathematics and physics. I can’t say that I wanted to be an engineer from day one. I went through the normal emotions of wanting to be a number of things; a Teacher - so that I can make all the rules, a Marine Biologist – to save the dolphins, a Chopper Pilot – I thought this was pretty hardcore, but immediately thought about my dreams of the house with the white picket fence and didn’t know if I could juggle family life and all the traveling associated with being a chopper pilot.

My decision to pursue a career in engineering was greatly influenced by my brother and sister. After school, we would watch documentaries on mega structures around the world. I remember watching shows about the islands in Dubai and extraordinary bridge structures. To top this, we also used to watch documentaries on failing mega structures and what went wrong during construction – the good stuff. All three of us ended up being civil engineers.

Initially I thought of becoming a Structural Engineer, specialising in bridges, but in my 4th year of studies, I was introduced to Coastal Engineering. I found the dynamics and complexity of coastal forces intriguing. I ended up doing my masters in Port and Coastal Engineering.

I started working for a large civil consulting company who provided me with the opportunity to work in South Africa, Ghana and eventually, brought me to ByrneLooby Bahrain. The learning curve has been steep and will most probably always be – you can never know everything. It would be hard to list all the things engineering has taught me, apart from all the math. The main things would probably be problem solving, making decisions based on solid literature, using independent judgement and justifying those judgements. It has taught me to think critically but be fair, it has taught me to believe in myself but also to remain humble. Engineering has strengthened my character, put me in a position to comfortably look after myself but also others, it has made me self-standing and has provided me with opportunities to see the world.

Even though I still sometimes wonder, whether I would have been more impactful if I was a teacher. or a chopper pilot. I never regret the decisions I have made, and I will forever remain grateful for what engineering has taught and brought me. 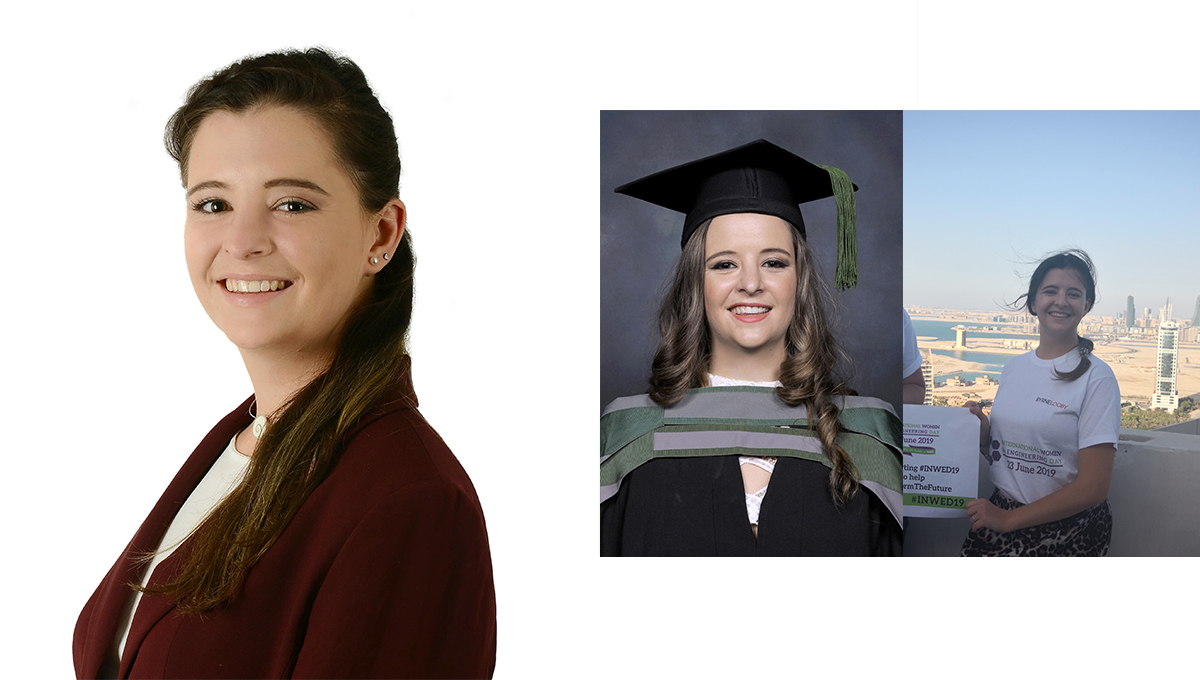 From an early age I had a keen interest in science. Growing up, all I wanted to be was some kind of “-ologist”; be it a Geologist, Ecologist or Meteorologist. I found that studying Environmental Science was best way to combine all of these interests. My passion for environmental science and sustainability continued to grow as I further my studies. In my honours degree I focussed on process geomorphology, statistics, wetlands, waste management and environmental risk management and assessment. My Honours research project, titled “The Effect of Road Surface Type on the Near-Road Diversity of Medium to Large Mammals” was based on fieldwork data I collected over a month in the Kruger National Park, South Africa. I completed my BSc. Honours in Geography and Environmental Science in 2017 and graduated Cum Lade.

Joining ByrneLooby in 2018 as a junior environmental specialist has allowed me to gain experience in a variety of fields both in the office and onsite. I have undertaken marine surveys, terrestrial surveys, gas monitoring, air quality monitoring and water quality monitoring. Through mentoring and guidance from the senior staff at ByrneLooby I have also improved my report writing skills and understanding of the Environmental Impact Assessment process. Since joining ByrneLooby I have created an algorithm that can be used to assess the severity of environmental impacts. 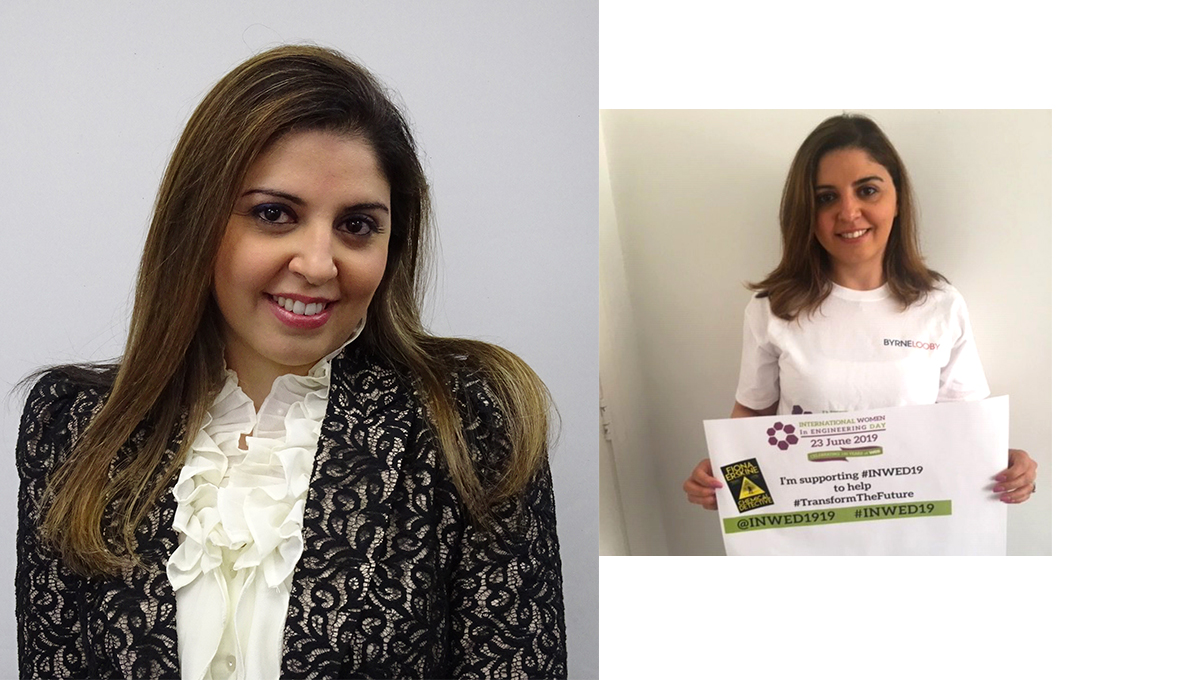 I became an engineer because my dad was my inspiration that time and I used to like math at school, solving problems and make the building stand is very fascinating. Unfortunately, I didn’t practise engineering here as my degree is equivalent to diploma but working closely with an engineer is giving me a chance to produce an efficient drawing to enable the contractor to construct the project. It’s a rewarding job to be in.

KATHERINE HOWETT, PROJECT ENGINEER AT THE BYRNELOOBY OFFICE IN BELFAST 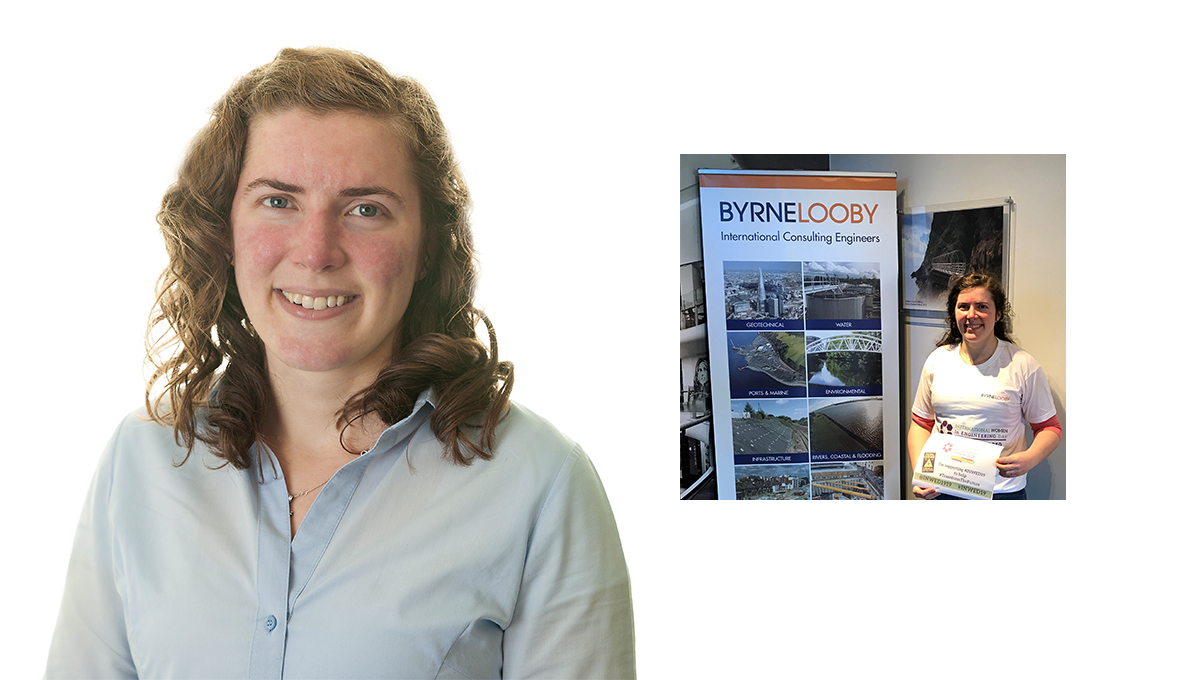 I was always interested drawing buildings as a child and it was often said I should be an architect. I also loved puzzles, jigsaws and playing with Lego and Mechano. When I was a teenager, my uncle borrowed my Dad’s ladder and there was a big discussion about how my uncle would transport it on the roof of his car without it falling off. I suggested putting the rope through the hollow rungs. My uncle laughed and told me I should be an engineer. I didn’t even know what an engineer was. At a talk on careers in construction in DIT, I realised that’s what I wanted to do. My physics and maths teacher in school was very encouraging in this decision, as two of her sons were engineers. I went to college in UCC studying civil engineering and absolutely loved it. I did my final year project on the design of retaining walls and sent my CV into ByrneLooby the summer after I graduated. I worked in the Dublin office for a few months, before going to work in the Galway office. I recently moved to Northern Ireland and am now working in the Belfast office.